Just a quick little piece I ran off one day.

Attack him where he is unprepared, appear where you are not expected.  – Sun Tzu.

Traditionally, when preparing for a battle, the desire is for it to occur on the ground of your choosing.

Derek sits in the driver’s seat and turns back to me, grinning. Dieter is sat next to me, behind Derek. Typical early-to-middle aged drug dealers, looking for a deal, and bringing me on as muscle. Derek is a city wide boy of the 90s, in the dark teatime of the soul which comes after burning out too early. He’s not desperate for money, but is desperate for a thrill I think, hence playing faster and looser than I’d prefer.

END_OF_DOCUMENT_TOKEN_TO_BE_REPLACED

This short piece was done as part of a challenge to make small boys scary, as opposed to the multitude of scary little girls from the mainstream horror movies (especially J-horror)

The babies are in the air ducts again.

I hardly bother to ring the landlord any more, he gets sick and tired of the bother, and it’s only me that complains. On the edge of the differential zone, the babies are the least of it.

Although, at least the other things around here don’t talk to me. Last night, soaking in the bath, one of the babies started to talk to me; a high pitched lisping parody of a child, it said filthy things through the fan vent, distorted by the air conditioning. In the end I vomited into the sink before sleeping on the sofa, with the TV running a white noise signal from a generator I bought a week ago. I find it easier to sleep with it running, drowning out all the sounds from outside, and sometimes drowning out the sounds from inside too.

END_OF_DOCUMENT_TOKEN_TO_BE_REPLACED

The Digiphage was a more or less faceless, interchangeable character that I wrote some short pieces about several years ago. They’re a changeable character floating through the Information Highways and Byways, hacking, or at least facilitating hacking, as he goes. I’ve always been surprised that apart from a couple of artworks somewhere, looks like I might have the monopoly on the name, which was sort of intended to be a play on “Digits” , or binary, and “Phage” which is normally a greek suffix meaning that the preceding word is something eaten or consumed.

Ergo something that eats electronic data.

The Digiphage is what I could imagine someone doing who looks at the stuff we use, and that surrounds us, from cars which have unsecured networking and bluetooth, to free wifi in shops, to people who don’t take their security seriously when they flash their gadgets around in public, to drones, to CCTV.  If you only imagine the data flows around you when you’re in a dense city centre for instance, the potential is huge.

So way back when, there were five shorts about the ‘Phage;

But there will be more.  I’m happiest with these pieces, as they feel like they could be part of a larger whole.  a lot of my stuff comes out as standalone chunks of stuff, rather than bits of something bigger.  maybe that’ll change as I get better at it.

AJ: another stream of consciousness.  I’m beginning to see a pattern here.

We’re in Stockholm, in a rusty transit, must be twenty years old. I hate the fucking thing coz I have to drive it. Not an insurance thing right? I’m on a false passport anyway, but I’m the only mug who’s had any experience driving on the right, Kurt’s never had a licence in his life. We’re parked under a tree on Svarvagatan, it’s pissing it down, and we only have five fags to last us until the shops open in the morning. We can’t even take a spin to the nearest gas station in case we miss our connect.

I remember the rain bouncing off the tin roof, and the biggest hole through the rust dripped straight down into a hole in the rust of the floor, we didn’t even need to put anything down to catch it.

END_OF_DOCUMENT_TOKEN_TO_BE_REPLACED

The vicious crosswind howls across the air intakes just beyond the windscreen of the rented transit van, threatening occasionally to pick it up and fling it into the heather lined ditch, the only thing separating this lonely road from mile after mile of Scottish moor. A shiver goes down my spine as wierd, otherworldy harmonics vibrate through the airconditioning and crawl into the cab, voices on the edge of chaotic sound; an almost-ordered brown noise that reminds me of the neverending semi-musical environment of a Vegas casino gaming floor, almost, but never quite establishing itself as real melody.

END_OF_DOCUMENT_TOKEN_TO_BE_REPLACED

AJ: Unsurprisingly, I wrote this when I was staying in a hotel. This one I’m particularly pleased with.

I can see the flicker of distant lightning from the chinese tropics, roiling black clouds in the dusk, giving the sky the colour of dark static. There is only the steady quiet continuous breath in the background of the aircon to disturb the zen of the moment as I look out on the neon chipped skyline of casinos looming above the slums.

Macau. A calm moment before a storm, when the grass and leaves rustle in the unknowing breeze of armies pretending that the other doesn’t even exist.

But then, there’s not going to be a battle, more a small fracas.

END_OF_DOCUMENT_TOKEN_TO_BE_REPLACED

AJ: Again, I can’t remember when or where.  Typical example of what I see the character doing though.  I imagine them between work/jobs, just seeing what can be done when you’re out and about.  It matches up to things like the Piratebox on my other blog though, what could go on in the digital world of today, where everyone is wired in and obsessed with their devices.

END_OF_DOCUMENT_TOKEN_TO_BE_REPLACED

AJ: I can’t remember when or where I wrote this.  It conforms to most of how my writing turns out when I start, flows of consciousness are my forte.  This is a bit old, and I don’t think it’s dated very well, but recently I was in a coffee shop in London where almost every table had a Mac on it.  See my other blog for decentralisation, but just in general, the amount of plugged in time we spend these days worries me……

END_OF_DOCUMENT_TOKEN_TO_BE_REPLACED 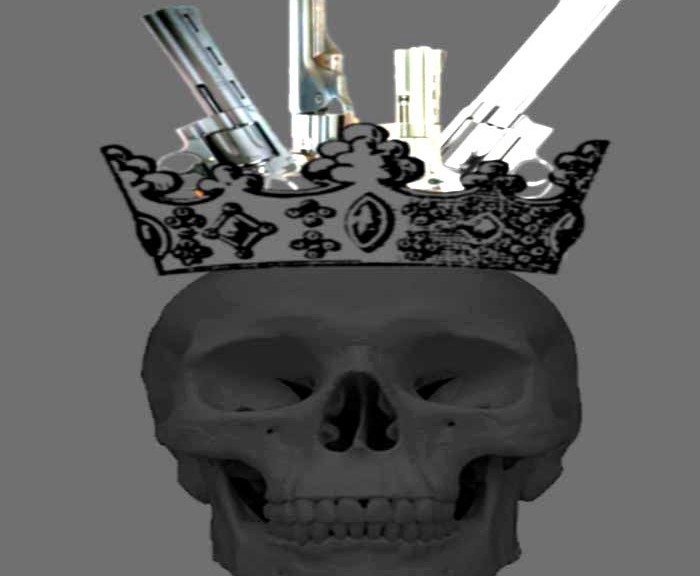 Something to kick off my new creative site, something that’s been offline for a while, and I thought I’d make available once again.

I created this deck after looking at various decks and never finding one with a nice contemporary, urban feel.  obviously the images are quick photoshop jobs, and what I’ve always wanted to do is replace them with proper artwork.  One day I’ll get around to it, but for the moment, I just wanted to make them available anywhere again.

The PDF has backs included.  in theory if your printer lines up correctly, you can print the main cards out, and then run the pages back upside down and get the backs printed too.  i managed quite well first time round, even with a crap printer.  I even printed a box out in card which I could keep the cards in, but that was a kludge 🙂

I do have plans for the Minor Arcana, but they may take a while……